Here’s our celebration of Dads for Father’s Day 2021.

Featuring some of the biggest names in Canadian Music: George Canyon, Johnny Reid, Gowan, Shari Ulrich all performing songs dedicated to the spirit of Fatherhood.

The program also features the pride of the Ottawa Valley, lively Step Dancers The Pilatzke Brothers, Button Accordionist Maebh Begley direct from the Dingle Peninsula in Ireland, and of course, several favourites from John McDermott and his band.

A Day For Mom

A virtual Mother’s Day concert for 2021, featuring songs and stories from my ever-growing family of talented performers:

Brighten your Easter this year with two albums of great inspirational music for one low price. These are songs special to my family with many chosen by my mother Hope.

Order now to join me for a virtual celebration of Irish music and verse with my friends from Canada and Ireland.

Here’s a sample of what you’ll be seeing (video).

My holiday concert tradition, but virtual for this strange year 2020. Also includes a digital download of Christmas Memories.

Click to see a sneak peek, or proceed to the order page:

Join me today for a virtual concert in honour of our Veterans, on this Remembrance Day 2020.

As a bonus to the concert, you will also receive a digital download of my album If Ye Break Faith

He was a truly proud Canadian and loyal friend. I will miss our monthly get together.

An evening for Veterans / September 6th

Watch the livestream video September 6th (online) of John and other great entertainers perform for this fundraiser and raffle with cash prizes. Click for more info and to register

The first time I heard the song “The Dutchman” it was a rendition by Tommy Makem. The song immediately drew me in and I wanted to know who the writer was. I soon discovered Michael Peter Smith, born in New Jersey and residing in Chicago, his songs and stories were as personal as you could get. He spoke and sang about life and he could make you feel he was talking about you. When he sang his warm and enveloping, soft and deep voice and his strong and gentle spirit came through. Somehow he managed to sing to an audience of hundreds and you felt like he was singing and speaking directly to you. He had this wonderful ability to lock eyes with all of us at once and touch our hearts with every word.

I soon became a Michael Peter Smith fan for life and asked him to tour with us. After touring with us five times in Canada and the U.S., I asked Michael if he would like to get together and make a recording. We would highlight him and his masterful songs and storytelling. He agreed. On February 11th, 2005 we performed a live show at the Glen Gould Studio in Toronto with some of the finest musicians in Canada. The evening was titled “Just Plain Folk with John McDermott and Michael Peter Smith” and the result was enough songs and stories for 2 CDs, the first of which was released in 2005 as Just Plain Folk.

I recall being in Chicago for a show and I called Michael to see if we could connect. I told him my musical director Jason Fowler was a big fan of his – placed him in the same ranks as Steve Goodman and John Prine – and would he be able to meet us for a few minutes. He most graciously did and when he arrived of course he had his guitar with him. We had a wonderful visit and Jason in passing asked him about a song the “Wonderful World Of Sex”. Michael explained how he would get together with Steve Goodman every time Steve came through town and they would write together. He then played the song and followed it up with a mesmerizing piece on life’s changes called “ZIPPY”. He had such a sharp and witty mind and we were blessed to have had that time with him.

On August 3rd at 4:00 p.m. Michael passed away peacefully surrounded by family and friends. His impact on my life and career is immeasurable and I will be forever in his debt for the lessons he taught me. I will miss him very much and will keep him with me in my music and life.

In tribute I am putting two of the tracks from Just Plain Folk up for a free download on my website today, so you too can sample his genius.

RIP my good friend. Your light will never be extinguished, for you shine on in so many of us.

McDermott House Canada is a registered charity dedicated to serving those that serve.

Our first project is in support of Veterans, First Responders and Community Patients as they enter the final stages of a terminal illness. In October of 2014, Sunnybrook Hospital Foundation in Toronto received $1.2 Million dollars from MHC to be used to rebuild and renovate the Palliative care unit at K-Wing.

If you would like to make a donation in support of McDermott House Canada, or to make an inquiry about hosting an event in support of our cause, please visit mcdermotthousecanada.org or contact Stephanie Wilsack, Executive Director of MHC at 416 236 9000 ext. 1 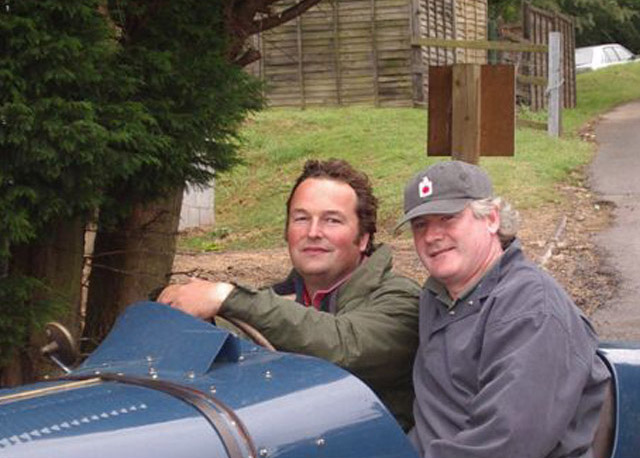